Landlocked, surrounded by Pakistan, Tajikistan, Iran, Turkmenistan, Uzbekistan and China; its highest point 7492 m., its lowest 258 m., Afghanistan has been invaded since the sixth century BCE into the nineteenth century when both Great Britain and Russia tried to get the upper hand. The pattern repeats itself in our times. 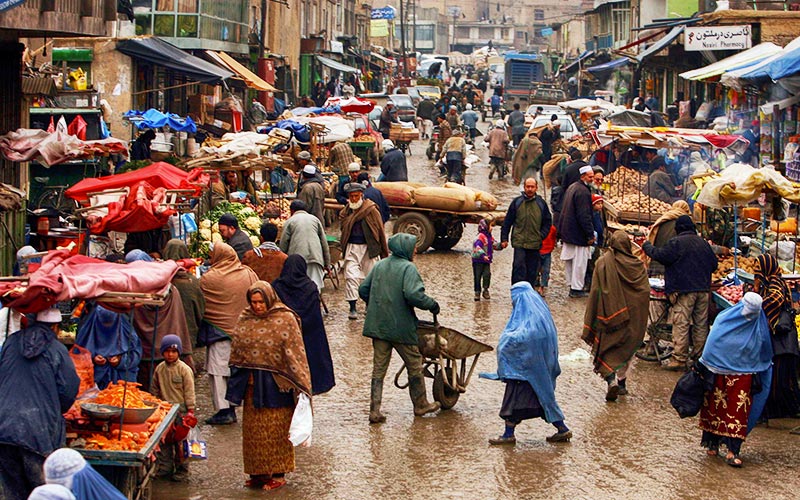 Being treated as adults, they began to react as adults.

Alma, Judith, David, Job, Adam and I crossed the country twice in 1973: during the reign of Mohammed Zahir Sjah, and after he was ousted by his first cousin Mohammed Daoud Khan.
A period of four decades, relatively peaceful, came to an end.
Travelling through Afghanistan, our three sons of 11, 9 and 7 discovered that they were treated as adults as soon as we crossed the border from Iran into Afghanistan. We had a whole load of clothes that they could sell during the journey. Due to the selling, they experienced the difference in treatment. 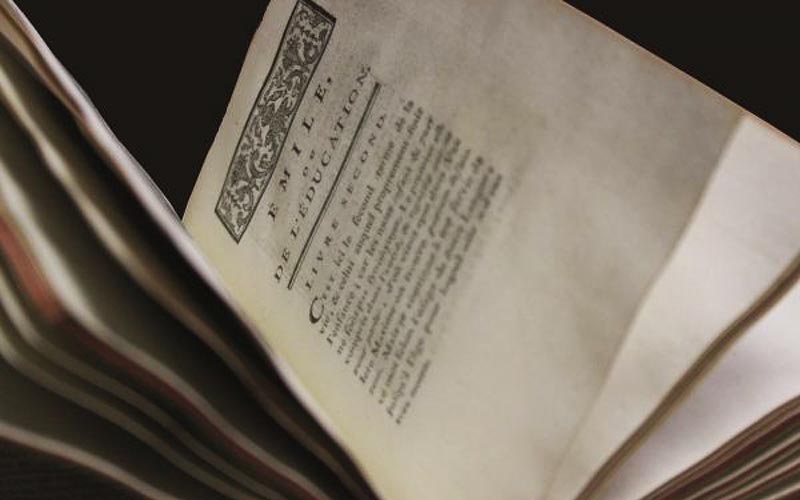 It was highly interesting to notice the effects on the children. Being treated as adults, they began to react as adults.
Our experience with the Afghan people was positive. Travelling by van from Herat via Kandahar to Kabul and from there to the Pakistan border, we felt completely safe. The Afghani we met were helpful, hospitable, sometimes asking for weapons, but quiet, friendly and helpful if we had problems with our van. 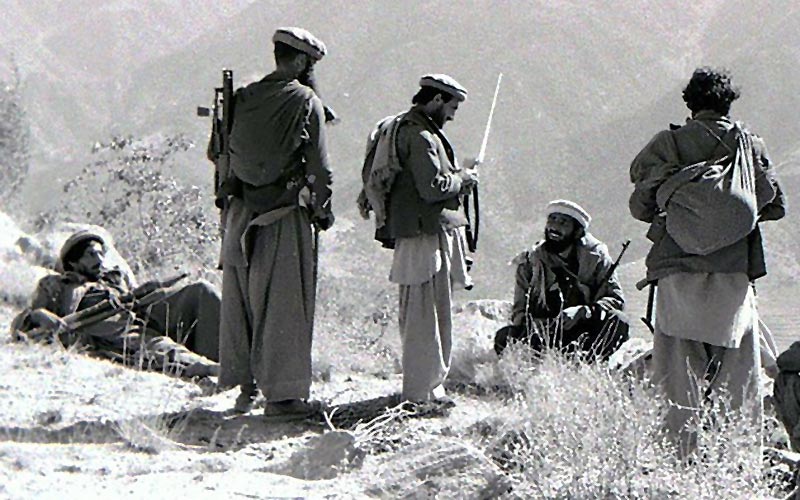 Defeat of the USSR and USA/NATO-allies

When the Russians invaded Afghanistan in 1979, I told my friends that they would ‘leave’ Afghanistan the same way as the Americans had to leave Vietnam in 1975. A similar fate as that of the Soviet Russians, strikes the Americans and NATO-allies after fighting more than a decade in Afghanistan. All the rhetoric of the war must not blind us for the fact that Afghan tribes may fight each other but they understand the art of compromise in order to fight their invaders. The Afghans remember how 19th century Russians and British both aspired to control their country. It happened again since 1979 and again in 2001. For them no surprise. Mujahideen, the Iron Curtain and the Berlin Wall

The defeat of the USSR by the Afghan warriors contributed to the fall of the Soviet Empire, as did W.W. I to the Russian empire. With the fall of the communist rule in Russia, the Iron Curtain in Europe came down. There is a direct connection between the Berlin Wall and the defeat of the Russians. Gorbachev knows this too well. The Afghan Mujahideen fighting against the USSR helped to end four decades of Cold War in Europe, and these Mujahideen continue to fight – under a different name in the West – against the invaders of the West. That’s how most Afghans view the situation. 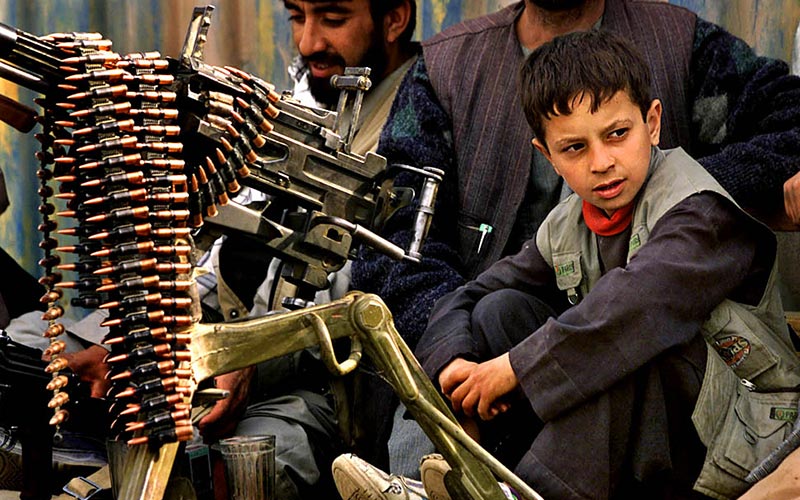 Kids are no kids

I wonder whether the cultural fact that Afgani kids are no kids like children in the West, plays a role in the courage Afghani men and women show. Their education as potential fighters starts early. Their sense of autonomy is the outcome of countless generations.

Oral tradition versus the memory of the computer 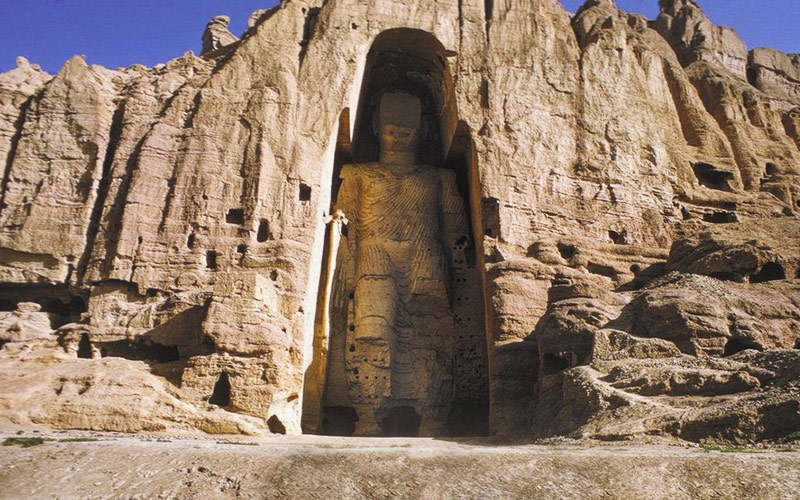 The Afghani didn’t destroy the Buddha statues of Bamiyan

The Buddhas of Bamyan are registered as a Unesco World Heritage site. Wikipedia mentions that Mullah Mohammed Omar issued a decree in July 1999 in favor of the preservation of the statues. The same Wikipedia mentions that he ordered the destruction of the Statues in March 2001. But a Unesco official, working those years in Afghanistan helping to preserve the archaeological sites, told me that the Afghani didn’t want to destroy the sixth-century Buddha statues of Bamyan, because they cherish their ancient past. They refused to dynamite the Buddha statues. The ‘outsiders’ finally did it. The same outsiders are responsible for 9/11, six months later. The similarity between the two attacks is striking. Both actions delivered the worldwide attention that Al Qaeda needs, for “Bin Laden and his fellow jihadists are engaged in a war of the imagination”.

Islam Unknown, Reza Aslan: ‘Bin Laden and his fellow jihadists are engaged in a war of the imagination’. See also

Valedictory Lecture The Sublime and the Beautiful: ‘It is a strange duo, Buddha and the World Trade Center’.