The first time travelling was to Paris on a Gazelle bike, with my brother Willem on a Raleigh. Father drove us by car to Rozendaal near the Dutch-Belgium border where he said goodbye, after telling me to listen to my older brother who had the money. But he did more. He also told us not to return home, to our village in North-Holland, in case the war would start again, but to bike through France into Spain where the Americans had built their final European stronghold.
Why did my father make this demand? The answer: 1950. The Korean war had begun. NATO and Warsaw-pact divided Europe in two heavily armed camps, while in the Far East the capitalist West and the communist East confronted each other in Korea. The Korean war strengthened the fear that Europe could enter a new war. If that would happen, he didn’t want us to return home. I had reached the age of fourteen of which five years in wartime. After the war, we heard by bits and pieces about our parents’ actions during the war. Father decided to stay on as mayor while joining the underground resistance in North-Holland. The leaders of the underground movement met in the Wieringmeer in the farm of Sicco Mansholt, one of the postwar architects of EC’s Common Agricultural Policy.
We also heard the real name and background of the Jewish-German family, uncle George, aunt Edith and Sabine who lived in our home before and during the hunger-winter. George Faber transformed in dr. George Fröhlich, a lawyer, who became judge – ‘Bundesverfassungsrichter’ – in Karlsruhe. The judges in the Federal Constitutional Court of Germany helped Germany to re-invent itself. The first foreign journey of our parents was a visit to the Fröhlich family.
The reconstruction of Europe had begun but three generations later, its political orientation is still wavering.

The art of hitchhiking

We biked back home. No war in Europe, but the cold war on the Korean peninsula continues to divide North-Korea and South-Korea.
Biking to Paris taught me the art of hitchhiking. We passed two boys hitchhiking along the road in Picardie with its long, long mountain slopes. That evening we saw them in Péronne’s youth hostel, drinking and eating happily while we were dead-tired. That taught me a lesson.

The sense of adventure came naturally to me. Growing up, my Mam said that she stopped breast-feeding me after nine months, because of a journey to Rome. Among the souvenirs my parents brought home was a yellow copper wine-opener with the inscription: in vino veritas (in wine [is] truth). The motto fascinated me. Rome must be special, even more so after hearing that it is better to be the second in Rome than the first in a village, which struck a chord with me because of father’s function as mayor in a village.

Stories enlarged the horizon of my village as stories of wars always do, by listening from where the German soldiers came and why they came. The stories I heard are not different of how kids in Afghanistan hear stories about Russian soldiers or American and NATO soldiers. The end of the war approaching, a French voice on the clandestine radio in our home said on April 30, 1945: Hitler est mort (Hitler is dead). The joy was immense but mixed with uncertainty about the near future. Germans didn’t yet leave the village and region. There was the rumor that they wanted to inundate the land for a safe retreat. After the war, we heard about an armistice father had initiated. The Germans could leave without a gunshot under the condition that they didn’t inundate the land. If not, it would become a fight from man to man, if necessary. The German officer accepted. The soldiers withdrew to Germany via the Afsluitdijk. No more bloodshed.

Each war reveals a twofold truth like each coin has two sides. Not someone’s belief, religious or secular, guarantees courage or making the right ethical choices, but only the individual-personal conscience; and not all values are relative. The Universal Declaration of Human Rights speaks about universal values. The Declaration was signed on December 10, 1948, but human nature, the source of these values, is timeless.

The late fifties brought me to Spain, hitch-hiking through Belgium and France, travelling in Spain by train with a 5000 kilometer-card. My only uncle lived in Alicante. I was the first of my family to visit him. He and Spain taught me a lot. I loved the Spanish language. When I spoke Spanish, I felt like another person. I discovered the intimate relationship between language, emotions and thinking. Due to its consistent spelling since 1492 in contrast to the spelling of Dutch language, I could read the chronicles of king Carlos I, viz. emperor Carlos V. When Carlos I visited Salamanca in 1519, he had to kneel for the gates of the city and to promise that he would respect the rights of the citizens, the same rights that half a century later his son Philips II and Duke Alva would refuse to the citizens of the Low Countries.
During my travels I enjoyed the hospitality of many Spaniards, and observed how they tried to resist and to survive the fascist regime of Franco and its allies. The wounds of the 1936-1939 civil war were deep, and the economic situation quite desperate, in fact not so different of today’s economy for the youngsters. Travelling by train from Madrid to San Sebastian in the company of eight men and one woman, the men said that all of them were on their way to Northern Europe, hoping to find work in order to feed their children some meat. It was this kind of men that gave me a ride with their truck, a risky business because trucks were regularly halted and controlled by the Guardia Civil. When it happened, I had to leave the truck, and the driver had to pay because he wasn’t allowed to give a free ride at the disadvantage of the train company owned by the state. Once, the driver gave me a sign to stay where I left him. He would return to pick me up again. So I did. He came back but was halted again. And again, he wanted to return, and me to wait for him. This time, I refused. The driver became my hero. 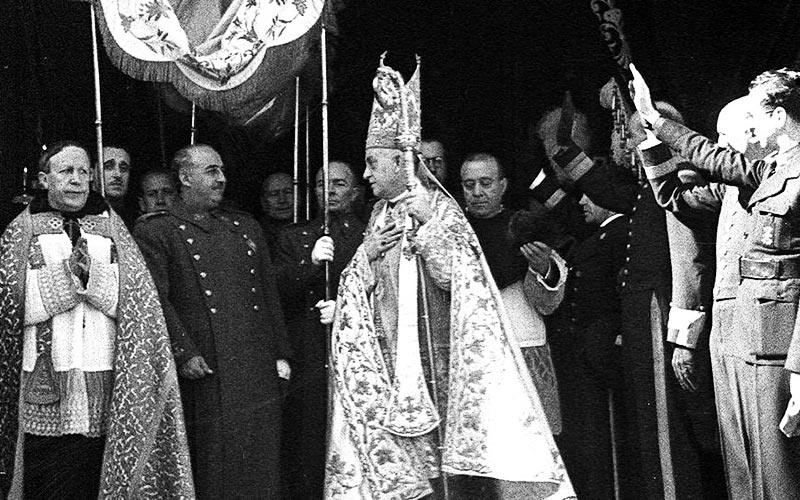 Spain under Franco taught me what it meant to live under a fascist regime for more than twenty years. Being a student of history, I wondered why capitalism and fascism went together so well. As did Catholic institutions together. Spain harbors a dark secret but the context of my travels is not the right time or place to discuss this. 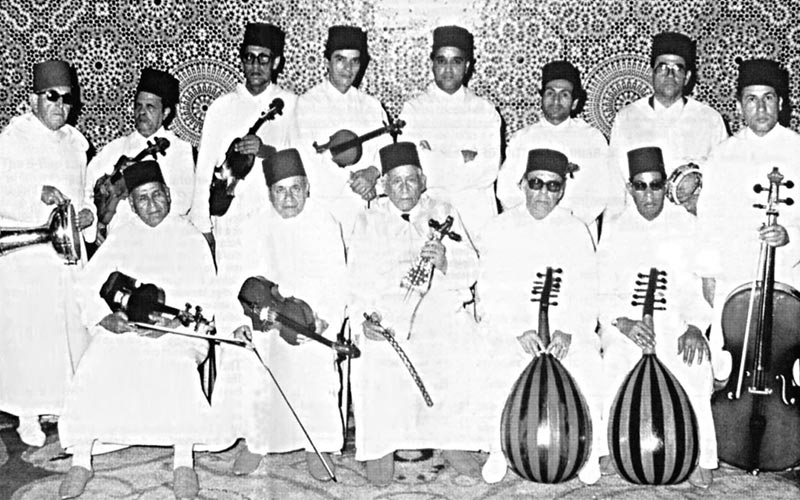 Andalusia’s culture; its dancers and musicians, its fiestas and Islamic-Arab architecture were and still are astonishing. Andalusia inherits a culture in which the philosopher and sufi Ibn al-`Arabi could travel from Cordoba to Bagdad, and feel at home in both cities. Andalusia possessed a cultural level that stood in stark contrast to the Medieval courts of Western knights. There is simply no comparison between the level of the Islamic-Arab culture of those days, and the cultural level of Europe’s ‘aristocracy’ in that time. There could be no Thomas Aquino without the previous Arab transcriptions and interpretations of Aristotle.
Andalusia inspired me to travel to Morocco. The prediction of a Spanish beggar that Morocco was irresistible and that I would lose my innocence, proved to be right.

My first weeks in Morocco were like a hot bath. I spent my time moving from place to place, drinking the sweet green mint tea, smoking Moroccan hashish and listening to the local music which I couldn’t understand. For me, it was one stream of noises without any structure until one day – without any clear reason – the stream of noises gave way to a subtle pattern of rhythmic melodies. Suddenly, I heard the rhythms in slow, yet slower and then faster and faster melodies, full of heartbreaking sentiment.
In a comparable way, when I was living and studying in Amsterdam, it took me a while to appreciate jazz and blues, and to let the jazz sounds penetrate into my sub-consciousness, into my body.

It happened again in Morocco. My education in classical music, studying the Preludes and Fugues of Johann Sebastian Bach daily, had been a stumbling-block and a source of unconscious resistance to the understanding of other kinds of rhythm. This time: Arab rhythm.
Bach’s sublime, purely metric, highly sublimated polyphonic music manifested itself in Morocco – clearly and consciously – as music from above the girdle. I began to understand why Bach’s mind-blowing metrical and polyphonic structures are not for free, not innocent. They are supposed to evoke the sphere of timeless Heaven and eternal life instead of Earth with its cycle of birth, death and regeneration.
It may sound paradoxical and to a certain degree it is, but Europe’s preference for metrical, polyphonic and symphonic music at the expense of rhythm as its vital source, might explain why in the post-Renaissance era Christianity and Enlightenment meet face to face in a profound change of the creative imagination: Man as the stakeholder of God and Man without transcendence, are both acting on the basis of control systems, only justifying them differently. Wagner’s operas are the apogee of this evolution and, by the same token, a cul de sac, a dead-end alley because of their internal contradictions.

A Berber and Arab speaking country

Morocco, a Berber and Arab country, with its music, food, colors, architecture and style of walking helped me to understand – step by step – what I was missing in Europe’s music and creative imagination. The differences in rhythmical and metrical sounds were the unavoidable outcome of Europe’s increasing dualism. Its civilization developed a gap between ‘above the girdle’ and ‘below the girdle’. Body-mind became one of Europe’s philosophical riddles; Freud’s psychoanalysis an attempt to explain the gap between the superego, the civilized world, and its id, the domain of passions.

Note: If you wish to read about the Spanish roots of Europe’s nationalism and fascism, read the introduction, Part V in Islam Unknown. There I summarize important data of We Are All Moors by Anouar Majid, born in Tangiers from where he daily saw the Spanish coast.