Never before were air-tickets between Amsterdam and Boston as cheap as early summer 1978. We decided to use the opportunity to fly with the children to the USA for a grand tour d’horizon. We bought a second hand Dodge station car and some camping equipment, to make a journey that would bring us from the East Coast near New York and Philadelphia to New Orleans in the south; from there to the west to visit Los Angeles and San Francisco, and up to the north, staying in Wyoming, Chicago and Canada, to return along the East Coast via Boston to Stamford. The grand tour made it possible to visit our Dutch-American and Jewish-American families. Before leaving to Amsterdam we sold the Dodge the same price as we had bought it seven weeks before, minus $ 100. The tour d’horizon had the contour and size of a diamond of 11,000 miles.

Music, not the foremost guiding idea in US culture

In New Orleans we attended a concert of the Rolling Stones in the Louisiana Superdome that during Hurricane Katrina in 2005 offered shelter to the people after 80% of their houses were flooded, some under 15 feet (4.6 m) of water. On July 13, 1978 about 80,000 visitors listened to the Rolling Stones. Black youngsters were a tiny minority among the audience. Walking through town the next day, I asked them why they weren’t there. The answer: it isn’t our soul music. 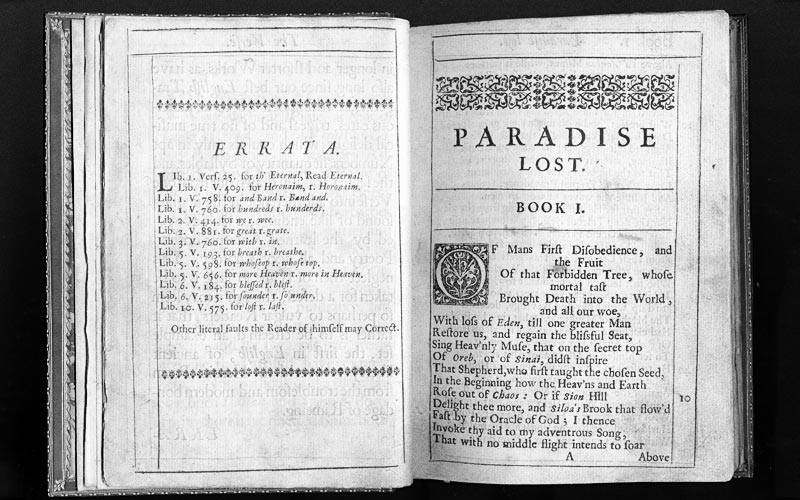 Space-time conceptions are the deepest layer of any culture

The journey around the world in 1970 had opened my eyes for the profound differences between the American, Japanese and Indian cultures. The collective self-evidence of a culture leads without exception to a degree of blindness toward other cultures. This realization led to the question how to study the deep-rooted self-evidence of a culture. The ‘eureka’, the answer, took place in the house of Arne Naess at the occasion of his seventieth birthday in 1982. There I realized that space-time conceptions are the deepest layer of any culture.
The discovery wasn’t new. Two hundred years ago Immanuel Kant formulated space and time as transcendental categories. Kant defines space and time as innate, a priori categories of human perception. You can’t do without. Kant argues that the omnipresence of space and time in the construction of reality and identity necessarily leads to a gap between human consciousness and reality. I don’t believe in his a priori, but I leave the discussion here to explain the role I ascribe to time and space. If cultures differ from each other by their space-time perceptions, then the same might happen within a culture, when it moves in opposite directions. Since the eighteenth century Europe is going through this experience with the rise of Enlightenment and Romanticism. Perceptions of time and space began to manifest their differences within one and the same culture, transforming the previous paradigm into two paradigms each opposing the other. 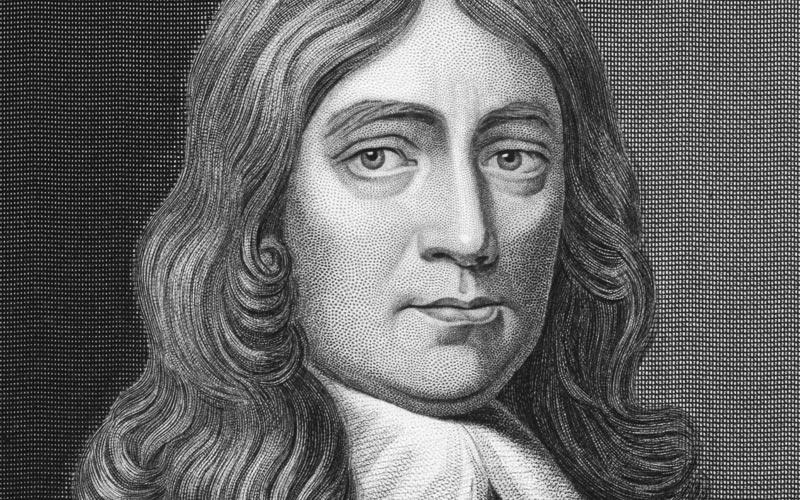 The first settlers, the Pilgrim Fathers, were Puritans from England who viewed England as an un-Godly state, moving from bad to worse. In 1620 their ship, the Mayflower, left Holland to go ashore at ‘New Plymouth’ on December 25.
The Pilgrim Fathers, followed by countless other migrants, were longing for a free and pure life in a country, where – according to Willam Bradford’s diary – “only savages and brutish men, just like wild beasts” were living. The sense of a mission, being the Chosen People, was the essence of their religious belief. Christianity is a religion in which time, not space, unfolds the story of salvation. John Milton’s Paradise Lost (1667), an epic poem with over ten thousand individual lines of verse, is the Biblical story of the Fall of Man, and the expulsion of Adam and Eve from the Garden of Eden. John Milton’s purpose is to “justify the ways of God to men”. In 1671, Milton’s Paradise Regained describes how Jesus in the desert resists the temptation by hunger in order to regain Paradise. John Milton’s own belief is that acts have their origin in inner force, wisdom and moral choices.
Here we see how religious motifs with their ethical concepts and future orientation, viz. Paradise Regained, shape the collective spiritual and moral consciousness of the Puritan settlers. No less than nine Presidents are the direct descendants of these Pilgrims: John Adams, 1797-1801; his son John Quincy Adams, 1825-1829; Zachary Taylor, 1849-1850; Ulysses S. Grant, 1869-1877; James A. Garfield, 1881-1881; Franklin D. Roosevelt,1933-1945; Georg H.W. Bush, 1989-1993; Georg W. Bush, 2001-2009 and Barack H. Obama, 2009-

The Christian notion of time with ‘Paradise Regained’ as metaphor, is the vital force of the American paradigm that unites the majority of Americans in a common conviction and collective evidence, except those millions who lost their belief in the American Dream and mostly never vote.

The 17th century is not only the age of Christians without a church, but also the age of a philosophical and scientific revolution that changed the course of history. First in the West, then around the globe. Sciences and technologies that were discovered within the Western hemisphere are by now accepted universally, in contrast to the culture that invented them in the first place. The influence of Hollywood and the American lifestyle may have reached the upper and higher middle classes of various countries, but not the roots of South-American, African, Arab or Asian cultures. Only by understanding what’s really universal and what isn’t, we may grasp the profound differences and basic common features.

The ‘time-line’ of Isaac Barrow and Isaac Newton

I return to the question how US-Americans think about time and space, because they determine their collective consciousness. The Christian time-line of the Puritan settlers precedes the philosophical time-line by Isaac Barrow, 1630-1677, and Isaac Newton, 1642-1727. Both scholars describe in strict geometrical terms time as a straight line moving uniformly, continuously and homogeneously from A into infinity. Time and space acquire in Newton’s mechanical world view an absolute status.Mythological Europe Revisited – Venus and Liberty, Two Paradigms.

A ‘scientific’ world view conquers Western Europe and the US

Newton’s mechanical world view slowly but irresistibly conquers Western Europe and the USA. The future gets primacy over the past, because science draws its strength and inner conviction from its orientation toward the future. Its name is Progress, infinite progress. Nature’s time with its four seasons in a cyclical rhythm takes the back seat.
Christians without a church reject not only the authority of Rome, but also of the Anglican and Lutheran state religions. The biblical justification to resist the tyranny of church and state is flourishing. This change in the religious imagination precedes the paradigm shift about time and space in Newton’s world view. If time is defined in only one direction, namely toward the future, then the future may claim a superior moral position vis-à-vis the past, the model since immemorial times.

The synergy of future and human nature

The American revolutions of 1776 and 1783, the French one of 1789, the Russian of 1917 and Mao’s Cultural Revolution of 1967-1976, are the idealistic political reflections of the belief in the straight time-line that derives its justification from the synergy of human nature and future, not the past! Belief in the future became the core business of the American paradigm.
No American president can win the elections if he doesn’t send this message to the American people even when he knows he can’t deliver.

Capitalism as the law of unequal development

The capitalist belief in unequal development uses, misuses and abuses the collective – in essence naïve – idea of a never ending progress that throws all its trust into an ongoing growth of capital goods, production and consumption. The justification of unequal development is the belief that the losers in the struggle for life will reach the finish as winners, sooner or later. But this belief is open-ended and without a clear time-zone. The losers are not mentioned in the usual statistics, only the capital gains and the productions figures, without counting the losses for the environment. Cutting down a forest of 1,000 square miles adds up to the figures of the production statistics. The ecological loss of the disappearance of the forest isn’t mentioned in the production statistics. Nature and the public domain pay these costs.

Capitalism going wild, serving itself instead of the economy

2008-2013 and after: The crisis in the financial markets, the heavy debts of national states and their respective citizens which are also the consumers, is the logical outcome of the ideology that future-time always delivers, if you wait long enough and, by the same token, always right. This belief finds its origin in the mathematical time-line of Barrow and Newton, and in today’s application of algorithmic trading by mathematicians serving banks, too big to fail, and therefore blind to the risks they are taking, and insensitive to the moral outcry of the general public. The general public are ‘we’, the ‘ones’ with heavy debts toward the banks, ‘we’ the citizens, the only ones to save the banks via extra taxes and loss of jobs, security and income. And yet, the belief in this type of capitalism is unbroken by physical inertia and lack of imagination, two ways of perceiving the same problem.

Time as a better future and unlimited capitalism are American twins

A mathematical notion of unlimited time belongs to the order of logical possibilities, not to the order of empirical possibilities of unlimited growth.
Only when US citizens begin to realize that their notion of time is fully abstract and that a notion of ‘infinite time’ only has meaning in relation to ‘finite time’, is there a chance to alter the Newtonian time-paradigm, already obsolete in post-Newtonian physics.
Realizing that Time as Future Time has intrinsic limits, and that casino capitalism as system is destructive to the economy and general wellbeing, may alter the paradigm of time and space of the American culture. When it doesn’t happen from within, the change of paradigm might come from outside. Somewhere, somehow mistaken ideas will die either a natural or a violent death.

USA: re-inventing itself once more…

Reflecting on our grand tour d’horizon in 1978 and many other visits to the USA, leaves me with one single, dominant impression of the American culture: its genius to re-invent itself each time again.
“The census bureau in the United States has predicted that by the year 2050 the United States will be majority minority – in other words, whites will become the minority in the United States. No other country in history can boast that its minorities form the majority… “the American identity, what it means to be American, is constantly in flux.” Islam Unknown, Reza Aslan.