1970, Paris. My first encounter with Michel Foucault (1926-1984) was a confrontation rather than a meeting. We discussed his participation in a TV debate with Noam Chomsky. In 1971 I travel to Paris again to meet Foucault for a video interview in preparation for moderating the debate between him and Noam Chomsky. This time the conversation is openminded. The ice has melted. Foucault is keen to demonstrate the inherent opposition, if not contradiction, between the notions of freedom and knowledge. And yet, when I ask him about the possibility of a kind of knowledge that would be universal and non-repressive, he answers that this is the fundamental problem, and that I am quite right to ask the question. His archaeology of knowledge deals in essence with this question.
Power as the guiding idea in Foucault’s philosophy is the logical outcome of the tension between freedom and knowledge. The idea erupts in the debate with Chomsky as destroyer of the notion of universal justice. It brings to light the existing clash in the heart of Western culture and politics itself.

Michel Foucault manifests himself as a parrhesiast, i.e. a bold and free storyteller who loves problematization as an act of creation. Power is the supreme political question: who has power over someone else, but also: there is no power without potential refusal or revolt.

The Introduction by Lynne Huffer and the Index of names and subjects are a guide to Foucault’s way of thinking which ‘was fundamentally alien, even to militant young lycée students versed in French philosophy, (and) even more unfathomable to a great many political activists and intellectuals, both inside and outside France.’ James Miller, The Passion of Michel Foucault (1993). Humanism toward the third millennium I 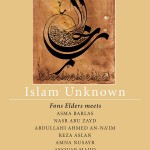 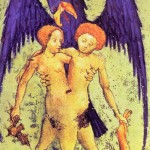 The Sublime and The BeautifulBooks, Paperback